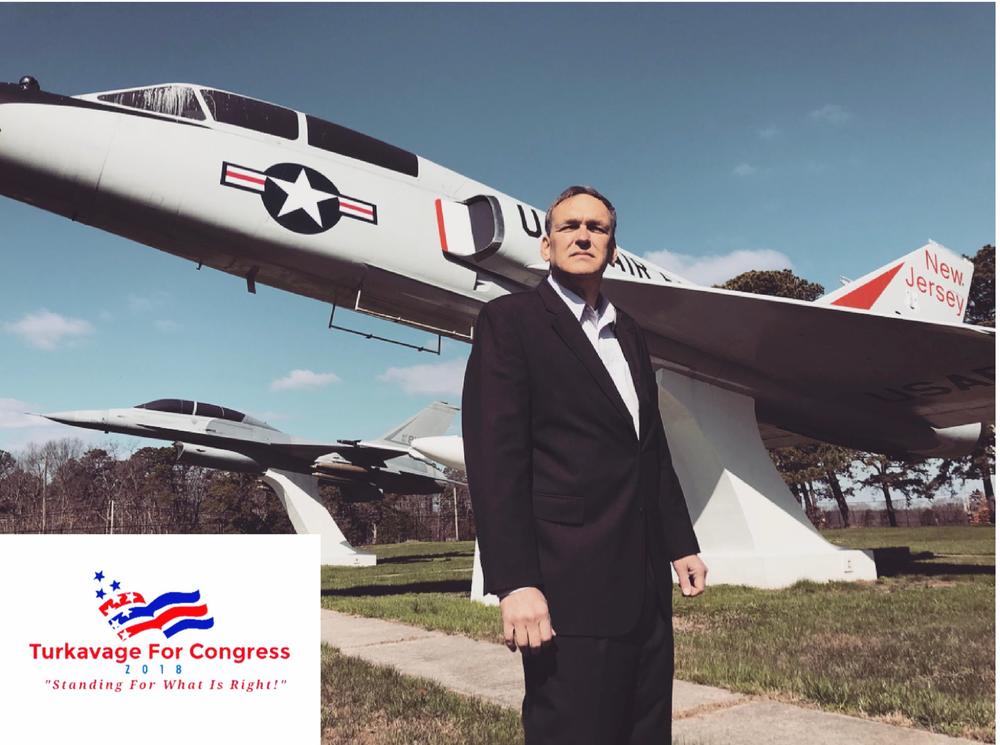 Was born in January 1955, in Frackville, Pennsylvania, and received his primary and secondary education in that area. Turkavage obtained a B.S. in Business Administration (Accounting) from Southeastern University in Washington, D.C., in 1977.

Turkavage was employed for 32 ½ years by the Federal Bureau of Investigation (FBI).  In New York City, Turkavage served as a Supervisory Special Agent of both the Public Corruption and Government Fraud Squads. Post 9/11, Turkavage supervised one of three Office of Intelligence Analytical Squads which then operated under the Joint Terrorism Task Force (JTTF) umbrella. Turkavage retired from the FBI in January 2005, and immediately began employment as a Vice-President in the Global Security Unit of JPMorgan Chase Bank (JPMCB). Turkavage worked at JPMCB for 6 ½ years before retiring in August 2011.

In 2018, Turkavage unsuccessfully sought the Republican Party nomination for the seat currently occupied by Jeff Van Drew. In December 2019, Turkavage changed his affiliation from Republican to Democrat.

Turkavage is a resident of Brigantine, New Jersey, where he lives with his wife, Sarah. Sarah (maiden name Sarah “Sally” Plum) was born and raised in Brigantine. Sally is also a retired FBI Special Agent. Turkavage and Sally have a daughter, Sarah. Turkavage also has two adult children, Paul and Denise, from a prior marriage.

Turkavage and Sally have been involved in a variety of volunteer activities in the Atlantic and Cape May County areas. They served as Court-Appointed Special Advocates (CASA) for children in foster care, and they also assist in providing transportation services to senior citizens living in Brigantine. Turkavage and Sally are both members of the St. Thomas Church choir, and for the past several years, have both volunteered their time at various “Open water” swimming events in Brigantine and Atlantic City. Turkavage is also a member of the Brigantine Knights of Columbus and is active in matters affecting our veterans.